MANY     THANKS
2014 was a good year for us, we were able to help many more projects that were seeking shoes for the children they serve.

OUR      SERVICE
We provide shoes for the youth in need, whether it is for sports, for dancing or just having a decent pair of shoes so they can attend school.

We hope that this simple act of giving a pair of shoes to the child in need will trigger a sense of hope which will lead to greater confidence and their desire to strive to remain in school and make a difference in their lives and those around them by climbing out of poverty.  There are many children here at home and abroad who go without the basic needs, which includes not having a decent pair of shoes and this hinders them from participating in normal activities such as attending school, playing sports, etc.
OUR     SOLUTION
We are hoping that working through Organizations such as DONORS CHOOSE that fund Teachers" projects, we will make it easier for teachers to concentrate on developing children who will bring new ideas to the table.
OUR      IMPACT
We provide shoes for children so that they stay in school continue to remain involved in activities that will help them develop and reach their greatest potential yet.

2014 FUNDRAISING
In 2014 we had our biggest fundraiser event "Macy's Shop For A Cause".  This year we were allowed to bring our fundraising in-store for 2 days, allowing us to earn extra funds.  All of the money gained from selling the store's discount coupons to friends and families and to shoppers in store was used to fund our 2014 Projects.

RESPONSES FROM PROJECTS FUNDED
This year we sponsored five (5) projects fro the Donors Choose organization and there were many letters from students and teachers filled with gratitude. Here is an example: "I am so grateful for your generous  donations that helped to achieve our goals in purchasing shoes for my dancers.  Some of my students have been dancing for years outside of public school,some have never taken a formal
class before and are developing their talents only within this class..." This came from Ms. Martine, the teacher.

SOMETHING     DIFFERENT
This year we began to highlight those who have supported CHOOSE TO CARE and wanted to hear from them why they do?  Each and every contributor is important to us and we value their loving support.

OUR     THOUGHTS
We are seeking to grow and network with other Agencies providing for the youth in need and become more relevant in the lives of the children we wish to assist. We have been exploring ideas and looking for the best fit to sustain CHOOSE TO CARE so we have a greater impact.  Yet to come!
If you have any comments or suggestions, we would love to hear them.


Simone is in a dark place
Pushed to the side
On far too many occasions.
Ignored while plans are made
Then presented with
"This is what we are thinking."
But the deal has already been sealed
And Simone knows that her opinion
does not count.


Yesterday was a bleak and dreary day
She had HOPES that today
Would end in a better way.
There is time yet, as morning
Lingers into noon
But as the end draws soon
Simone knows she has lost this bet
Today somber mood and dark clouds
Have met.

Another tempestuous being has arrived
Simone quickly derived.
What a clueless way to live, she thought
Each and every resident that entered
That zone
Has not learned what the sensible
Has taught
That kindness, fairness,acceptance
Always set a better tone.


So even if you are broken
And every word you have spoken
Is shoved aside as if meaningless,
You must never surrender nor digress
From the path of steadfastness.
For down that road awaits you
All the goodness you are due.

So Simone, Simone, even though you are feeling
SQUEEZED
Someday, this senseless act will boldly say
CEASED. 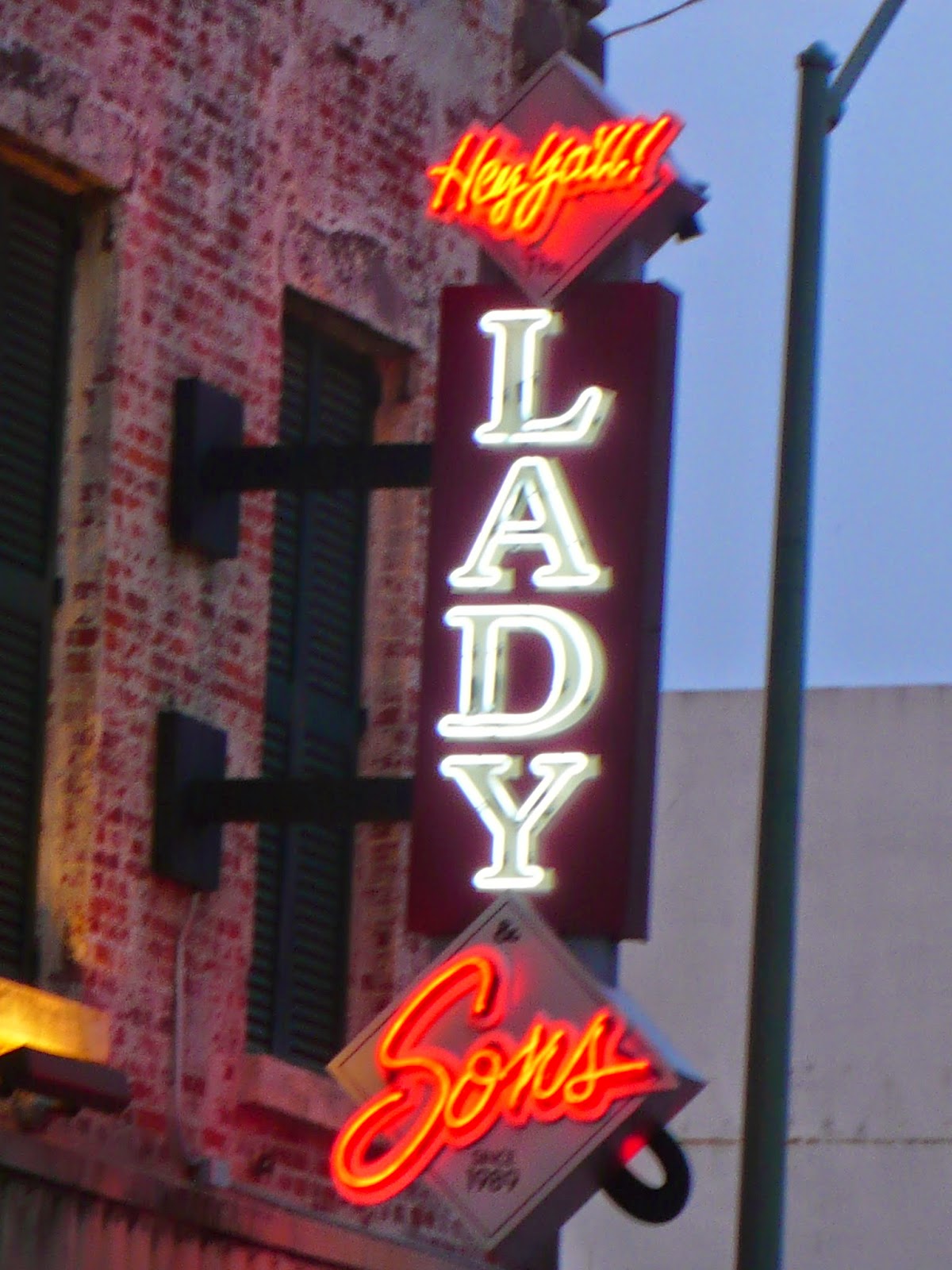 Posted by Brawta at 7:36 PM No comments:

Q.  Tell a little about yourself and what you do for a living?

A.  I am a Special Education Interrelated Elementary School Teacher.  I co-teach and work with students who have learning disabilities in small groups within the regular education setting.  I prepare lessons through collaboration with third and fifth grade teachers.  I develop plans for accommodations  and  modifications based on individual deficiencies and needs of students.  I prepare and follow Individual Education Plans through parent meetings.  I have been a teacher for over twenty years.  I also have two college aged students of my own.  When I have free time, I enjoy working out in the gym.  One hour in a cycle class is my favorite activity along with the elliptical, the treadmill and a little bit of weight training.

Q.  How long have you been involved and how did you become introduced to CHOOSE TO CARE?

A.  I have been involved with CHOOSE TO CARE since 2010.  This is a vision that Paulette Weir has dedicated many hours to from the initial start up idea to where it has progressed now.  She expressed her ideas to me after her trip to Brazil, it broke her heart to see so many children without shoes; something that many of us may never have given any thought to.  She felt compelled to help as many children as she could.  That was when CHOOSE TO CARE began.

Q.  What made you get on board?

A.  Ms. Weir is passionate and dedicated to the mission of helping children with this very basic need of owning a good pair of shoes.  She has always shown traits of optimism, resourcefulness, strong-willed, nurturing and independence, just to name a few.  As a teacher I 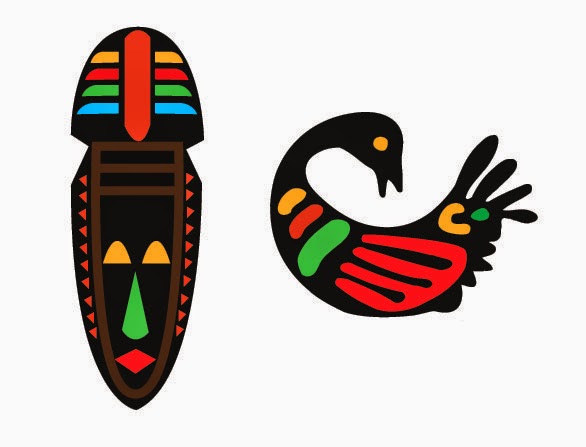 have witnessed first hand how students feel when they are lacking just the basic items, whether it is shoes, coats, pencils, notebooks, snacks,etc it makes a difference in their motivation and attitude toward school and life in general. The need is out there so you cannot help but get on board.  It takes a village and we have to make it our duty to step up to do what we can to help the less fortunate.  There is a lot of talent out in the world that just needs the opportunity to shine.
Posted by Brawta at 8:16 AM No comments:

It was a bright and sunny day, there was excitement in the room where lots of folks had gathered for this special occasion;Lurline Ghetter was able to secure much needed funds for her non-profit organization which provides for the youth in crisis.  It was indeed a day for celebration.  Mendacity was in and about, hugging and greeting as many people as she could reach, as if she was a politician running for office, mingling for their votes. Gwendolyn's body meanwhile, was registering trouble on the horizon, the hair on her hands was raised and goose bumps began to form.  She knew Mendacity was up to no good and out of the corners of her eyes she saw her coming her way, she was on full display for all to see as she offered help.  She was always plotting and putting on a show for onlookers.  In an instant she had become the Jolly Citizen of the world and a few minutes later she could be Miss Doldrum. This has been her game and Gwendolyn had caught on to all her moves.

Gwendolyn reluctantly gave over the placemats and Mendacity had haphazardly placed them on the table.  it was not to Gwendolyn's likening but she left them as they were and under her breath she muttered,"even in this simple matter she cannot follow directions."  All throughout the celebration,Gwendolyn continued to think about what was unfolding.  Mendacity was happy as a lark, laughing uncontrollable, in stitches, even when there was not anything funny happening. Gwendolyn recognized that nervous laugh, the one that was the loudest, the one that lingered on; even when others just smiled, her grin seemed to have been pasted on.  A tell tale sign that that Mendacity was up to something and what could it be this time.

Everyone was enjoying the spread. The couscous mixed with dried tomatoes and spinach, hit the spot; the roasted squash soup was delicious to the last drop and Rosemary had made a beet salad to die for.  The bread pudding, her favorite dessert, was calling Gwendolyn's name but instead she reached for a cup of masala chai tea, the warmth she hoped would help to put her mind at ease. As she sipped she moved her body to a familiar jazz beat, the combination of music and tea kept her relaxed, if only for a moment.

Another chance encounter days later was met with a welcoming greeting, Mendacity and her half smile that seemed to say "I bet you don't know what is in store for you?" The day got creepier and there was black clouds surrounding Mendacity, at least that was what Gwendolyn saw.  She began to feel weighed down and her evil deeds from the past, just kept haunting Gwendolyn.  Then she received the news, Mendacity had once more notified authority that Gwendolyn had stolen her gold locket, given to her by her dear aunt Floss.  The deposition added an accomplice this time, Farrah Howard who along with Gwendolyn stole this locket from  right under her eyes when she was showing it around.  She had accused Gwendolyn some years ago of taking her diamond ring but this could not be proven and she resurrected AGAIN with false nonsensical accusations.  This is the third time and Gwendolyn was fed up.  She knew and always said that Mendacity was not yet done with her but she still could not figure out what she was after.

Who is this person
with her polluting ways?
Tell me world,how much longer will this be?
What gives an individual the right
To keep chipping away at my soul?
Isn't there anyone to stop her?
Why does this evil continue to lurk?
She worms her way into your life
Gets in your skin and settles in.
And no matter how many times
you pull her out
She crawls right back in.
AGAIN, AGAIN & AGAIN
It is as if this leech cannot be tamed.


But this time, your weapon
has become too dull
And the soul you have axed
has gathered lots of strength.
You are on your own cyst
There is nothing to feed on
No sympathy, No caring
You have sapped the supply dry.
And now you must move on
Never to cross this path AGAIN.

Posted by Brawta at 8:51 PM No comments: